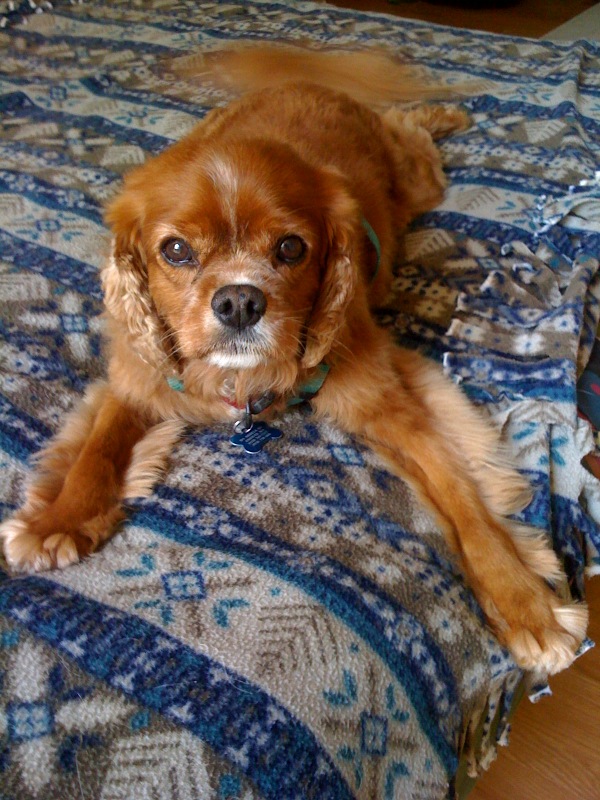 I’ve been in a tough place this week; like my skin is thin as tissue paper, and it bleeds raw at the slightest chafe.

Yesterday the imbecile at the college financial aid office started arguing with me when I called to inquire about a billing issue. She thought I was complaining, the bitch, when clearly I was merely clarifying. By the time I ended the call, I was brimming with rage and frustration. I thought for a moment that maybe I was the one primed for a fight. But no, she really was unreasonable (the bitch – did I say that?).

I was on a cell phone, and I pined momentarily for the ability to slam the handset back into its cradle. That would have felt more satisfying. And I thought: Technology. It sucks, too.

Maybe it’s more like walking around with my insides on my outside, and my flesh and bones and organs clanking noticeably as I walk around, like wares swinging on the flanks of a pack mule. You bruise easily when you walk around like that, so I’m more wary and jumpy. I also want to beat the crap out of somebody.

I’m so sad about my boy, but I’m also angry and exhausted along with the worry and fear and sense that I’m perpetually overwhelmed. Overwhelmed by the sheer hours spent at the hospital this week, the convoluted conversations with specialists that I struggle to comprehend, getting right the dosage of the half-dozen medications that he’s prescribed.

Exhausted because I don’t sleep well – never knowing whether he’ll still be here when I wake up. I approach his still body quietly each morning, waiting to notice the rise and fall of his red furry chest before I exhale my own sigh of relief that he’s still with us.

And I’m angry. Angry because I feel so helpless to do anything at all to make him breathe more easily and rest without panting, like he did only a day or two ago. It feels excruciatingly unbearable to sit around and do nothing to help him, but instead to go on as usual — to go to work and show up at meetings and answer some emails and toss some laundry in the machine and hear about my daughter’s school day and think about planting those tomato seedlings in a pot on the deck….

Part of me feels slightly crazy and desperate when the vet gives me the latest update on his condition – like I want to shake her thin shoulders until her kind eyes loll around in her head, commanding, “FIX HIM!” But my rational side knows better, and it shushes that inner freak to focus on what we’re dealing with here, and to listen closely for the subtext, which I don’t want to miss. I have to be sure to hear the part when she’ll answer the unspoken question: “Will he get better?”

And I’m angry because I’m feeling robbed of more time with him – he’s only 9, he’ll be 10 in August (if he makes it is what that inner crazy person just said pointedly). Nine isn’t unreasonable for a Cavalier King Charles Spaniel. But it isn’t reasonable, either.

No time ever is long enough, when you are talking about someone you love.

Chile has been with me the longest; longer than the other three dogs in our house. I would like to use this paragraph to relay some amazing anecdote about his life, to recall his fearlessness in the face of tragedy and recount the courageous way he led a child through a burning building to safety, the smoke searing his own brave lungs. His demise should be trending on Twitter.

Of course the truth is anything but that: He was a difficult little dog; we called him “complex.”

He was riddled with anxiety and fears.

He saw shadows where there were none.

He was ridiculously picky with food.

He had bad teeth.

He was afraid of thunder and swimming pools.

He didn’t warm up to most people; he barked through the fence at the neighbors.

He was an asshole to other dogs.

In other words, he lived an ordinary life, like most of us. He loved his walks. He chased seagulls on the beach — running like a lunatic through the muddy surf, his eyes full of expectation that maybe he might bag one this time. (He never did.)

Later, he would roll in the sand and emerge looking breaded, like a cutlet. He made his body boneless and cozy when he pressed it into mine on cold nights. He followed the conversation, shifting his big brown gaze from person to person as they spoke, in a way that made him look weirdly human. I guess he was nothing special. But he was extraordinary.

Was. I just realized I’m using the past tense.

He’s not gone yet. But if I’m being honest with myself — much as it pisses me off to be — I know he won’t be with us much longer. If he manages to squeak through this crisis (inner crazy person: Shut up! He will! Goddamit!), how long before the next? Or the next after that? His body is compromised; it’s a matter of time before he’s too tired to rally; too weak to try.

And so this is the place where I’ve been before – and where you’ve maybe been, too, if you’ve buried someone you love, because every death reminds you of other deaths. It’s not quite a march toward the end but a roller coaster of ups and down, with the peaks a little flatter each time, while the depths drop a little steeper.

Does it seem weird to compare a dog to a human, possibly? And if so, why?

The truth is that Chile is connecting me to my own past – to the loss of my father, my mother, and even my own son. There is no hierarchy here, that exalts the demise of one kind of being and dismisses the other. They are all souls who’ve been loved.

I’ve made decisions about Chile that I’ve never had to make for a human: Should we try to make him better? (Yes.) Even if it costs money? (Yes.) What if he needs another echo-cardiogram? (So?) Will you pay for that? (Yes.) In that way, I’m forced to give my love for Chile a dollar value — a bottom line, so to speak — in the way we humans rarely are called to do for one another.

How much would you give to fix him? I would give what I could, because that’s what you do for love.

When my father died, it was a weekday, and the mail came as usual. I was in high school, and I remember I was surprised by the mail truck: How could the world go on, when such a tremendous thing had happened? Didn’t they know? Someone I loved had died, and the world would never be the same. How is the world the same for everyone else?

That’s crazy and egocentric, of course, but that’s what grief (and teen-hood) will do.

Decades later, I’m there again, wondering how the world can tick on, and business can get done, when nothing is the same. At the vet, they’re doing all they can. I kiss Chile goodnight on the top of his little red head and I tell him: You’ll be okay. Love you, you knucklehead. See you tomorrow. I don’t want to go, but I have to.

Meanwhile, my parts are on the outside, aching. There’s a little bit of crazy, inside. I want to punch somebody. I want to climb into the cage and never leave my weird little boy.

Or one better: I want to watch him tackle the beach and run at top-speed down the hard sand, and remember how it feels – maybe just one more time – when my heart fills with his joy.

Chile died the morning of July 3rd. I wrote this piece three weeks ago, in the midst of Chile’s treatments for one of two major illnesses. Despite his medical issues, Chile’s last few weeks were happy. He died peacefully, beside me, at our house in Maine, his favorite place on earth.