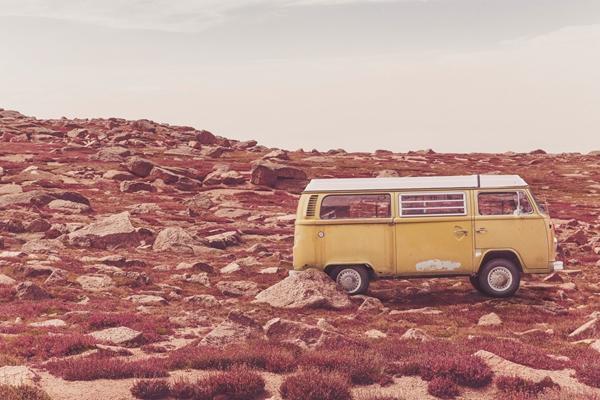 I talk a lot about thinking BIGGER in your marketing: sharing a bigger story to put your company in the larger context of what people care about.

But today, I’m focusing not on big… but on small. I’m focusing on the need to tell the smallest story possible.

Ira Glass, host of This American Life, spoke at Columbia University about the need to tell important stories—about refugees and climate change, to name but two—even if most of us are sick and tired of hearing about them.

We’re sick of them, Ira told the Columbia Journalism School graduating class of 2018, because such stories have “the two key ingredients of any story you don’t want to hear anything else about: (1) it’s depressing and… (2) YOU ALREADY KNOW THE STORY.”

Refugees: 60 million displaced people. The largest refugee crisis since World War II. Respectable middle-class people from Syria and elsewhere whose homes were bombed out of existence. Turned away. Dying on boats. Parked in camps.

Numb to the Narrative

We’re not just paralyzed from doing anything about these massive global problems, we’re also numb to the narrative. We heard the story already. We got it.

In marketing, we might not talk about important global issues, but we all have our own versions of important but ignored stories.

Our products or services might solve very real problems, but still it’s hard to get anyone to listen to a story about, say, your B2B solution or your law firm or your pharmaceutical products.

The key, then, is to make the story smaller.

Ira Glass says the goal of This American Life is to get listeners pulled in and listening before they actually understand what the story’s about. He says it takes some “cunning.”

I love the playfulness of that word “cunning.” It always makes me think of my Irish aunts grating carrots into the meatloaf just to get us to eat our vegetables. My aunts were cunning, the way they maneuvered those carrots right where they wanted them to be.

We need to do the same.

The building industry in the US struggles with the lack of skilled building-trades people, particularly home framers. So the content created by Norbord Industries (manufacturer of wood building products used in over 80% of home built in the United States) talks a lot about the labor issue. It’s a great example of Norbord owning a “bigger” narrative.

But to really make the story resonate, Norbord made it smaller: At ThankAFramer.com, Norbord’s Ross Commerford tells the story from the framer’s perspective. The program was focused on spreading that message far and wide via social media—mostly video.

It’s going nuts—3.7 million views on Facebook and counting—because it tells a smaller, specific story of actual people who actually build the houses that actual Americans live in.

Big and bold stories are often best told in small and specific ways.

Find the specific details—and use them to engage the heart, not just appeal to the head.

The smallest story leads to your bigger story. Cunning, right?