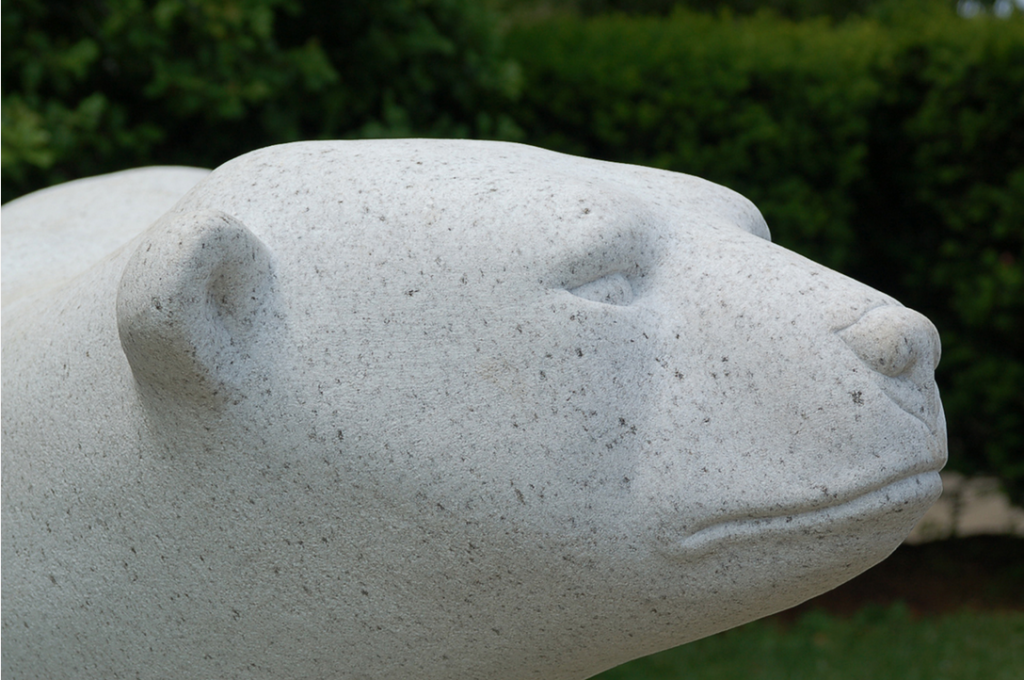 The other night, I stayed up way too late reading Jonathan Franzen’s The Discomfort Zone, a book I devoured and savored at once.

Devoured: I wanted to stuff myself silly.

Savored: I wanted to take small bites to make it last. I loved each small flavor and the way they worked together to create something much, much more filling.

When I finally closed the book, it was after 2 AM. And I spent the rest of the mostly sleepless night mired in something close to despair.

Much as Franzen’s writing inspires me, it also stirs up a whiney anguish and hopelessness:

The guy can write circles around me, what’s the use? Why do I bother writing at all when there are voices that are infinitely more articulate and infuriatingly more precise than my own?

His writing is inspiring. But what it sometimes inspires is resignation.

In the light of day, when I’m rested and reasonable and fully caffeinated, such loathing and diffidence seem absurd.

I know it. But it’s the same ugly insecurity that caused me, in the fifth grade, to throw a spelling bee in an early round because I was certain I couldn’t possibly be the best speller in the room—and then watch from the audience while words I could spell with my eyes closed tripped up contestant after contestant.

(Side note: I have a complicated history with spelling bees.)

There was a kind of irritating passivity at work then, too, ironically rooted in ferocious competitiveness that I tried hard not to acknowledge:

I wanted to win so badly that it was simply easier not to try.

It was easier to choose to sit down because I chose to, rather than work myself up and potentially feel the burn of a loss.

Some time ago, I visited the sculptor Jim Sardonis in his studio in Barre, Vermont.

“Studio” is too glamorous a word for it—his workspace is actually a huge, dimly lit granite mill, dominated at one end by an upright giant circular wet-saw blade, as big as a backyard trampoline. The blade was working its way — back and forth, back and forth — through a chunk of stone the size of a Chevy.

It was a sunny 70 degrees outside. But inside the mill was chilly, dark, damp. If it were quiet, it would feel exactly like a polar bear cave. I half expected to see fish jumping upstream in the cascade of water around the wet-saw blade.

Which is fitting, because Jim was unveiling his newest project: a granite sculpture of a polar bear mother with three cubs wrestling around her. Next month, the bear would be settled on the lawn in front of our town library.

But for now, Jim says, he has more work to do, finishing the surface of Mama’s rump, shaping her head and expression, and carving bits off of a cub or an eye or a paw, tweaking here and there, until he’s happy with her. 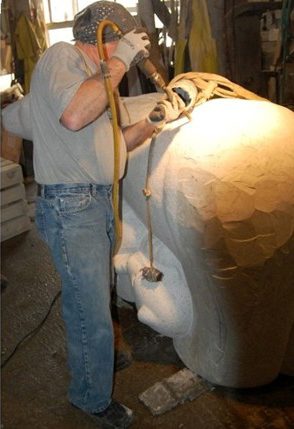 The bear before us was maybe four feet high and 6 1/2 feet long, and weighed 2 1/2 tons, which is significantly heavier than an actual female polar bear, but roughly the same length and height as the real thing.

Although, Jim cautioned, this wasn’t an exact replica; it’s not carved to copy precisely the dimensions of an actual bear. He visited the stuffed bear at Harvard’s Museum of Comparative Zoology and took plenty of photos and measurements. But this bear is based more on the picture in his mind’s eye.

In other words, this bear is his interpretation, his version of a mother bear and her cubs at play.

It may appear to authentically depict an actual bear, Jim says. But it’s not meant to.

“This bear,” Jim says, “is more….” And he jacks up his arms like a strong man and puffs out his chest to indicate rounder, fluffier, more roly-poly.

Bearish and powerful and evocative. In the way that art is—and a stuffed museum bear is not.

On the ride back to Boston, my friend and traveling companion, also named Jim, recalled the artist’s description of how he created his bear. It reminded him, he said, of James Wood’s description of how writer Richard Price captures the essence of inner-city speech in his writing dialogue, all the while inventing something different and (some say) more beautiful.

Price is less a stenographer of inner-city slang and metaphor and more a sculptor of it. He takes regular speech and cliché and mashes, reshapes, hones it. What Price carves out in his writing feels authentic and real… but it’s not really.

Whether our canvas is a block of granite, an empty page, a chunk of wood, a creative brief, a campaign, a classroom, or whatever we use…

We imbue it with our own ideas. We innovate. We iterate. We invent something new based on our own views and ideas and how we see the world.

We offer up our own version of reality: authentic, real, full, round.

(At sculpting. Or writing. Or even maybe spelling.)

What would our loss be if Richard Price didn’t think he could write his own street language?

And what if Jim Sardonis didn’t think he could improve on nature?

And what about you: What would our loss be if you didn’t carve your own bear?

Because here’s the thing: Only you can make your bear full and round.

Only you know when it’s round enough.

Previous Post: « Who’s Inspired You? A Shoutout for International Women’s Day
Next Post: How to Find Your Unique Brand Voice [with Examples] »