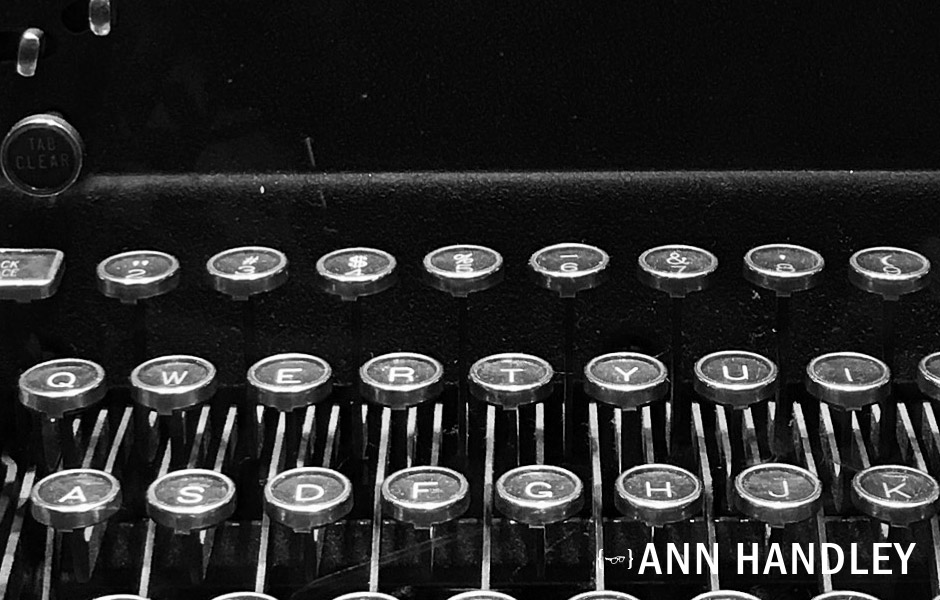 What writing tools will help you produce your best work?

Last week, two interviewers asked me about the tools I’d recommend for writing.

One of them asked about writerly things I might covet the way some people do—like first editions of favorite books, or fountain pens, or antique Underwoods. (Not to be confused with other kinds of Underwoods.)

I’m sentimental about a lot of things, but not about writing tools I use. Instead, I look for frictionless tools that ease the process, not complicate it.

Part 6 of Everybody Writes is stuffed full of a bajillion tools that can help a content creator be more efficient and hale: But which are my faves?

I used to think that tools alone held a kind of mysticism.

When I was in middle school, my mother bought me my own IBM Selectric electric typewriter. It came in a hard plastic case with a handle, like a valise.

The Selectric was technically “portable,” even if it was as heavy as a Honda Civic and, plugged in, produced a persistent, unmelodic vibration and muffled drone—not unlike the inside of a jet at 30,000 feet.

It was considered a tool for writers even more so than a tool for business: Author Jane Smiley once described it as “a writer’s machine if ever there was one.” It had correction tape (!), different fonts, and some crude capacity for this new thing called “word processing.”

In other words, the Selectric was a crossover machine, providing those perceptive enough with the first inklings (ha!) of the power of personal computing that was just around the corner.

But I didn’t appreciate any of that. I loved my Selectric for a more primal reason. I might’ve been working alone in my room, but I imagined that the tips of my teenage fingers hammering on the hard plastic keys connected me to writers everywhere collectively tapping out a thrilling order of existence.

Does that sound dramatic?

It was. And I’m rolling my eyes at myself right now, too. At 14 my life was small and suburban, predictable and ordinary.

And so, sitting at my desk, under the poster of a kitten hanging with one paw hooked on a tree limb with the words, Hang in There, Baby, Friday’s Coming, I imagined myself part of something charged, awesome, and extraordinary.

But it’s not the wand, it’s the wizard, to paraphrase Duff Goldman.

It sounds romantic to say that I run a fountain pen over quality bond paper in my tiny writing house.

But who am I kidding? I’m a world-class procrastinator. Anything that’s a barrier to writing—like finding where I last left that fountain pen, or lugging a Selectric out of a closet—erects another hurdle in my way.

So what are those frictionless tools I actually use for writing? What are the things I use every single day, for almost every post I write?

Here they are, in the order I use them:

I don’t keep a journal, because I don’t have the patience or discipline or interest to write only for myself. But I do use these tools to record minutiae, ephemera, and thoughts and observations I might be able to use somewhere, somehow, someday.

The pages of my Moleskine notebook and pocket-sized Field Notes read like one long, weird shopping list of things I might source from a Content Store, if such a thing as a Content Store existed: blog post ideas, projects, things I read that I think are cool, words I need to look up later.

(It’s a verb that means “to remove material that is considered improper or offensive from a text or account, especially with the result that it becomes weaker or less effective.”)

Why take notes? Because I approach content with a mind like water, as I learned as a journalist. The mind-like-water content creator finds stories and allows them to flow into and reside in the crevices of the mind. I’m down with that. But because I also have a mind that ideas easily flow out of, I need someplace to…. well, pool them.

Why not some other online tool, like Evernote? Writing an idea down in my own hand gives that idea more context, weight, and heft.

I’m not sure why. Maybe it’s the pen, or the muscle memory of it, but all I know is that when I read it later, I’m better able to recall where I was and what I was thinking when I wrote it down. Also, I have a self-diagnosed allergy* to Evernote, as Bryan Kramer and I discussed earlier this week.

* (WebMD confirmed as much.)

Trello is a kind of project management tool that takes the place of Post-it Notes and highlighters or scraps of paper or my pocket lists. I’ve newly committed to Trello to help me create more consistently, and to keep things on track. I figured if I include it here you’ll hold me accountable, as well.

Google is my primary research tool, and the first place I start rooting around for data to give a story context and credibility. Data before declaration, in other words.

All data is not created equal, of course. So I try and seek out primary and reputable sources. Like what? Like…

Beware of hidden agendas or what else might be fueling a one person’s (or agency’s) point of view. That doesn’t mean the source is not credible, but you need to be aware of the agenda (and disclose the source as well as potential vested or conflicts of interest).

Two other Google places I sometimes check, depending on the topic:

Google Trends, because it allows me to see what others have been searching for over time, graph how a term has been searched for via Google , and pinpoint where those searchers were located. Trends can help inform the specific words or language I might use in a post.

Think with Google is a research hub that aggregates case studies, articles, infographics, interviews, and other things for 14 industries. The site is updated weekly. I like subscribing to the newsletter, because there’s sometimes a nugget or two in there worth adding to Pocket. (See next tool.)

Pocket is a virtual pocket for collecting treasures. It allows me to collect examples I want to research or reference later, in a post or in a presentation. I used to email myself links, and then promptly lose them in my bloated inbox.

I like the way Pocket allows me to tag items for easy searching; that’s helpful for me if I’m using it to save content for specific presentations or columns I know I’ll be creating. For example, I have a whole bunch of great videos tagged “Wistia” because I’m presenting at WistiaFest later this month.

I write in Word, on my laptop, using it to create my Ugly First Draft. Here’s how:

Then I go back and flesh out each point into sentences and paragraphs, following my Writing GPS.

Writing is thinking for me—so I never dictate a first draft. That’d be like asking me to drive a car blindfolded: I could do it for a bit, I suppose. But it would quickly get pretty problematic.

I also don’t use any productivity tools that offer clean minimalist writing experiences or manipulate you into a distraction-free zone.

My life is one big distraction for me, so I just deal with it. (That said, I get almost all of my writing done on Saturday and Sunday mornings, when the life part is relatively quiet.)

I use Scrivener writing software for longer projects, because it’s great for composing, structuring, and manipulating long and difficult documents. But it’s totally overkill for most of the shorter content I write.

It feels weird to call Abby a “tool.” But since she can’t read (as far as I can tell), she can’t be offended.

I’m using her metaphorically here, because leashing up a dog for a walk or going down to the corner for a slice of pie or whatever you might to do take a break is key to the writing process.

I rarely publish the same day that I write. (It’s happened just once in recent memory).

Walking away from any writing is equivalent to putting a rock-hard avocado in a paper bag—it ripens almost magically the next time you go back to it.

The second pass a day later is generally where I prune the fat, hone the clarity, and weave in humor or asides that reflect my style and sensibilities.

A human editor is key to creating good content. But for a first pass after writing I use either of these tools to flag not just spelling errors or typos and punctuation problems but also weak construction, passive voice, or sentences that are difficult to understand.

The software flags all that and more, and then recommends fixes (which you can either accept or ignore).

It’s also a humbling process. I ran a pre-edited version of this piece through Grammarly, which termed it “adequate,” at best. (Spring for the paid version. It’s worth it.)

HemingwayApp also assigns a readability level. I try for right around the middle of high school, because no one will complain that you made something too simple to understand.

Running this by my favorite human editor is the final step in the process, before I hit publish.

And when I say “editor,” I mean someone trained as an editor—not just a colleague, friend, or another writer. Those types can find typos or proofread, but they can’t supplant a professional editor.

Writers and editors have very different skills, and very often the person who is good at one isn’t good at the other.

The best editors act as the bridge between writer and audience—helping the writer make his or her points with clarity, brevity, and respect for those reading, including the audience’s time.

I think of a good editor as the best advocate for the reader, which is why companies that don’t use editors end up hurting themselves.

What Am I Missing?

What am I missing? What do you use to produce your best work?

Want to bulk up your writing muscles and get the content bod you’ve always coveted? You need MarketingProfs Writing Bootcamp, which kicks off July 12 with my keynote.